Product of the partnership between Redes da Maré and Lia Rodrigues Companhia de Danças, the Free Dance School of Maré was inaugurated in 2011 with the objective of democratize the access to art and dance, formulating education and professionalization actions.
About 300 people - including children, adolescents and adults - participate in the free and continuous workshops. Regarding the regular schedule, the ‘Open Doors Week’ happens every year, with an extensive program, such as dance classes, balls and special workshops. The school also has a partnership with the Panorama Festival and receives Brazilian and foreign teachers.

The school has two main cores:

# Core 2 – A project of technical, artistic and professional formation with young people from Maré and other regions with daily theoretical and practical classes designed by choreographer Lia Rodrigues and teacher Silvia Soter. Active since 2012, the group currently has 26 members, all selected in artistic auditions. With pedagogical work under constant review for lack of stable financial resources, the formation includes regular contemporary dance and classical ballet classes, workshops with guest artists, participation in reassembled dance pieces and creation of works. During these years, there were also exchange programs with France (2013, 2016 and 2017) and Switzerland (2016). With 20 hours of classes per week, Core 2 opens from Monday to Friday in the afternoon. The project is supported by Fondation Hermès.

The presence of Lia Rodrigues Companhia de Danças and the Free Dance School of Maré made the Maré Arts Center a reference for dancers, choreographers and other artists. MAC is often visited by international dance names as a result of Lia Rodrigues’ partnerships and exchanges with foreign institutions.

Timetable of Classes of Centre 1:

Exchange of Núcleo 2 with the Norwegian company Carte Blanche; Marllon Araujo and Luyd Carvalho, students of Núcleo 2, to PARTS School in Belgium, class of 2019-2021; Realization of the Knowledge and Acting Day; Workshop with invited choreographer Cristina Moura; Participation of the urban dance class with the presentation of a flash mob at the inauguration of the new headquarters of Redes, at Vila dos Pinheiros.
2018
Europe Tour of the spectacle ‘May B’ by Maguy Marin. For the third consecutive year, five members of Core 2 participated of the ‘Camping’ formation project at the Centre Nacional de la Danse in France. ‘Flash-Mob’ presentations by the Street Dance group at cultural events in the city. Workshops with guest teachers Caroline Baudoin and Claudia Damasio.

Students had one-month exchange between Manufacture Dance School in Laussane, Switzerland with Core 2; Participation of five Core 2 members in the ‘Camping’ formation project of the Centre Nacional de la Danse in France; Creation, rehearsal and season at MAC of ‘Exercise P’, ‘Pororoca’ and ‘Piracema’, with students from Core 2; Workshops with dancers and choreographers, such as Thomas Hauert, Clarice Silva and Alejandro Ahjmed.
2016
Participation of Core 2 members at Camping, France; Four Core 2 members selected for the audition of P.A.R.T.S Belgian school, in Brussels. Gustavo Gláuber and Rafael Galdino were among the 44 candidates who entered the school; Workshops with dancers and choreographers, such as Dani Lima, Andrea Jabor, Renan Martins, Carolyne Badouin and Cyrill Hernandez, Emmanuelle Huynh, Ayse Orhon, Federica Folco and Fabrice Ramalingom.

Exchange program with students from the Jean-Vilar Municipal Artistic School of Vitry-sur-Seine (France); Performance with Core 2 students at the launch of the ‘Jovem Negro Vivo’ campaign in partnership with Amnesty International and the Favelas Observatory; Realization of the project ‘Dança Maré!’ with workshops and dance shows; Workshops with dancers and choreographers, such as João Saldanha, Josh Antonio and JP Black.
2014
Creation, rehearsal and season of ‘Exercise M’ with Core 2 students; Artistic exchange with the French company Sine Qua Non Art by choreographers Christophe Beranger and Jonathan Descours at the Dance School and Residence in France. 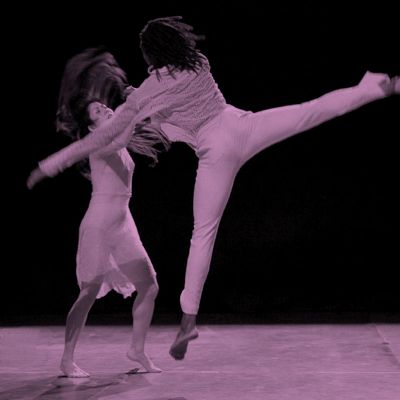